Inbox Dollars Review: Is it Legit?

Taking surveys online or through an app is a fast, easy, painless way to earn a few extra dollars here and there. Inbox Dollars is a survey aggregator site founded in 2000, that claims to help you make money online by finding you paid surveys. It has over 17 million members, and has paid out over $57 million in cash so far. They even offer you a $5 bonus when you sign up. So how does InboxDollars work, and is it worth it?

How Does Inbox Dollars Work?

With Inbox Dollars, you sign up on their website and immediately earn a $5 bonus credited to your account. You then fill out a lengthy survey with all of your demographic and personal information.

After that, you have the option of staying on the site and browsing surveys you may qualify for, watching videos, and other tasks. You can even earn cash-back rewards when you shop online with selected Inbox Dollars merchants and offers.

InboxDollars will email you several emails a day, with offers based on the personal data you provided to them. You get paid a penny for every one of those emails that you open, or you can unsubscribe and adjust your email settings to avoid all the emails.

Most InboxDollar tasks, including offer signups, games, videos, and emails, only pay a few cents per task. While surveys earn a little more money, in the form of a dollar or two, they are the most difficult way to make money on InboxDollars.

Because InboxDollars is a survey aggregator, and not itself a survey site, when it directs you to a survey, you usually have to sign up with that survey company as well. People frequently find that, when they have signed up with the third-party site and answered the preliminary questions, they are disqualified from the survey.

If you are disqualified, InboxDollars will still reward you with chances to win various rewards and sweepstakes, but not with cash. In fact, many of the offers on InboxDollars are similarly structured; you are invited to give your personal contact information to a third party in return for sweepstakes entries and chances to win prizes.

How Much Does Inbox Dollars Cost?

InboxDollars is free to join.

How Much Money Do Inbox Dollars Affiliates Make?

InboxDollars has a thriving affiliate program, which is also why it has so many positive reviews online. Their affiliate program requires your site to have enough traffic to generate a minimum of 300 registrations per month. For every referral you generate, you earn $1 plus 30% of whatever they earn on the site.

Many survey sites reward users with points, that then need to be converted into money when you cash out. It can be disheartening to find out how little cash you make off of these point systems, so it's nice to see the dollar value of activities upfront.

As anyone who attempts to make money from online surveys knows, being disqualified from surveys is time-consuming and can be really frustrating. InboxDollars doesn't pay you for the attempt, but at least the award of points and sweepstakes entries is an acknowledgement of the time and effort that you put into it.

Even InboxDollar affiliates admit that they make about $.25 -$.45 cents per hour they spend on the platform. The $5 signup bonus is the most money that any one activity will earn you on InboxDollars; all the other activities offered are only worth a few cents each.

Inbox Dollars has a payout threshold of $30. With constant, sustained activity, it would still take a month or two on the site to reach that amount. So, even though you start off with $5, you may never see it, because it's so hard to reach the payout threshold.

Even after you make the $30 payout threshold, InboxDollars charges a $3 fee to redeem your rewards. Considering that most rewards are redeemed in the form of gift cards, it shouldn't cost anything to create and send them, and other sites don't charge users this fee. Since InboxDollar rewards are so low, $3 can take a long time on the site to earn.

InboxDollars says that this $3 is withheld from your payments, but then also credited to your account afterward, so it seems that there may permanently be $3 in your InboxDollars account that you can never actually cash out (some people say that if you earn $40 in the following month the $3 fee is waived).

Many users find it extremely frustrating to be directed to surveys and then sign up and be disqualified, particularly since they have already given all their personal data to InboxDollars. The act of signing up and filling out online forms over and over again, only to be rejected, is repetitive and not very rewarding.

Redirecting you to third parties

InboxDollars doesn't just invite you to sign up for other companies' survey sites. It also invites you to sign up for all kinds of third-party offers and emails, often with the opportunity to win some kind of prize or reward. However, signing up for all these different offers from all these different companies is also a recipe for spam or other unwanted sales activity.

Is Inbox Dollars a Scam?

InboxDollars isn't really a scam. It's an advertising platform, where they offer you a few cents or a raffle ticket so that they can make money off of ad revenue. It's an extremely inefficient way to make money, however, and other survey sites and survey aggregate sites have higher rewards for time spent on the platform.

The $3 payment processing fee is highly unusual and creates a further barrier to actually redeeming your rewards for time spent on the site. While you can never earn a lot of money on such sites, there are better options than InboxDollars for taking surveys, responding to ads and offers, and earning pocket money online. 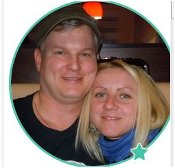